From ‘Jaws’ to ‘Godzilla,’ it usually takes anywhere from three people to an entire city to slay a beast in the movies. Interesting because, as a metaphor, the portrayal of on-screen unity is not dissimilar to the monstrous undertaking of producing a film off-screen. The cast and crew behind any TV show or film make every frame, scene, and magical screen element happen.

For over a century, Hollywood has been creating content using the best talent available. It’s a “ramp up” model that finds the most in-demand people — available at that time — to fill all the roles necessary once a film or TV show gets green-lit into production. Freelancers, independent contractors, gig workers… call them what you will. They’re the grease that makes the Hollywood machine go ’round.

It’s an employment model that has existed in a Hollywood bubble for quite some time, largely ignored by the business and marketing world for most of the 20th century who opted instead for full-time hires with fringe benefits and 401K plans.

But in the era of the gig economy, remote work and the pandemic — which has stress-tested industries forced to rethink existing work models on the fly — the teamlancing model (for companies big and small) is finally ready for its Hollywood close-up.

This could be the beginning of a beautiful friendship…

When it comes to content marketing, using flexible, experienced, freelance content teams (versus full-time hires) has the potential to radically redefine where we go from here. As the work-from-home experiment brought on by the pandemic continues to play out, the idea of hiring remote teams to execute projects is becoming more attractive by necessity.

In fact, in a national poll conducted by getAbstract (April 16-17, 2020) comprised of 1,200 full-time Americans working from home during the pandemic, telling statistics emerged that show how remote work, to a large degree, could be here to stay. (For context, the study points to a stat from Brookings Institution revealing that 50 percent of Americans worked from home during the pandemic.)

Here are a few eye-opening numbers from the study that could support a model where freelancing teams become needed:

In the words of Chief Brody, upon catching a first glance at the great white terrorizing the waters of the fictional summer town Amity:

OK, maybe not a “boat” so much as a pool of freelancers who could flexibly and nimbly band together to create great work. As companies look to adopt more flexible work models, they’re already dipping into more plentiful talent pools to piece together freelance teams that can execute not just one-off assignments, but full-on creative projects in a more budget-friendly fashion.

If you look at any closing credit sequence for a feature film, you’ll see anywhere from 100 to 1000 people associated with the final result. From the moment of green light (the term for when a project is officially a “go”), talent gets assembled to deliver the best possible result in a high-stakes industry where failure is not an option. But rarely are these one-off hires. No, no, no. They’re often groups of freelancers or teams (production companies, finishing houses, etc.) who operate as reputable self-managing units with flexibility to scale, yet without the costs of one-on-one talent procurement and long-term management.

As a quick overview, here are the pods that go into making movies — the independents who come together once things move into production:

Hollywood has been successfully teamlancing since its Golden Age…

As Executive Vice President and Executive Producer at Mattel Films, Robbie Brenner is responsible for the development of films such as ‘Barbie,’ ‘Hot Wheels,’ ‘Major Matt Mason’ and more.

Her career as a Hollywood producer spans two-plus decades and includes stops at renowned production companies such as Relativity Media, Miramax and Twentieth Century Fox, where she was senior VP of production.

One of the major highlights in her career happened when her film ‘Dallas Buyer’s Club,’ a 20-year journey and labor of love starring Matthew McConaughey, received an Oscar nomination for Best Picture in 2013. 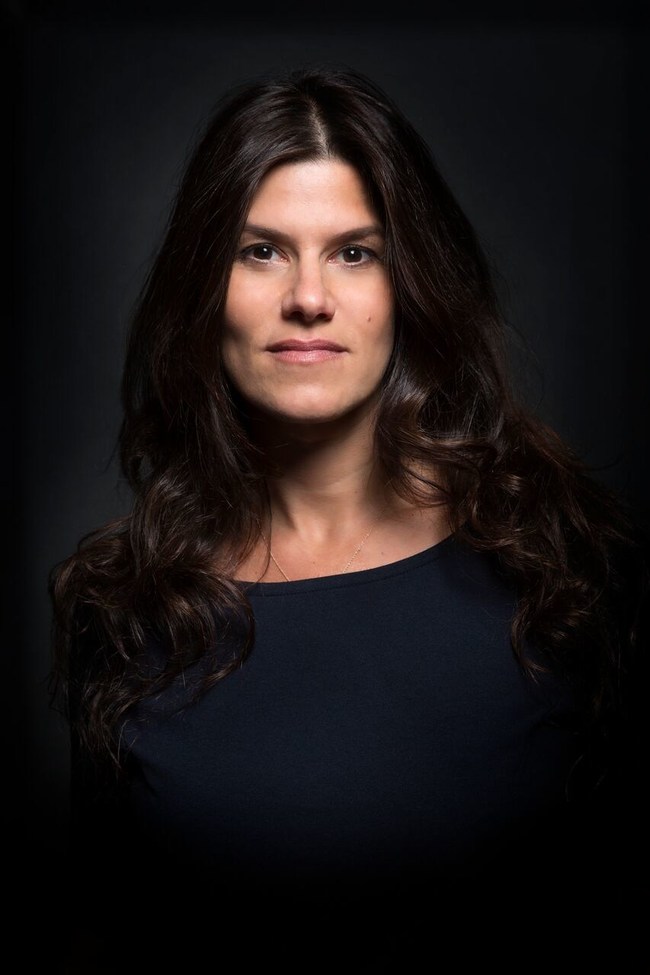 Similar to the world of content marketing, the stakes in Hollywood are often too high for things not to work out. That’s why Brenner says finding not just any, but the right people to execute with is a huge contributing factor to what makes a success:

“Any creative project, whether it’s a movie, a television show, a podcast, or a play… you don’t just cast the same people and say, ‘Hey, you played Ophelia… great, now you’re gonna play Hamlet.’ You have to find the best person suited for each creative endeavor you take on.”

Whether it’s a piece of branded content or a feature film, according to Brenner, “You have to align the best people for whatever story you’re trying to tell and hopefully it all comes together and coalesces in a great way.”

Whether you’re running an ad agency or producing a film, the capabilities of each individual in the production equation matters.

“Every piece of every movie is a living, breathing organism where people come together. It’s a collaboration… so you just try to engineer it in a way where you find the best people for every piece of material… an action editor is going to be very different from a dramatic editor… you just want to find the kind of voices to create the movie in the best possible way.”

The same could be said not just about who you work with — but where. If there’s one thing Hollywood has not been limited by in the past, it’s geography. With people regularly flown to places where the product gets made, the Hollywood model has almost always been focused on one thing: Getting the best people together and putting them in the best position to succeed.

“I like to align myself with people who are great at what they do. I let them just go and do their thing. I think part of it is just giving people the freedom and the space to do what they do best… and not micromanage it.”

'I like to align myself with people who are great at what they do,' says Robbie Brenner, executive producer at @Mattel #Films #Teamlancing Click To Tweet

In Hollywood, who you know might get you your start… but successful collaborations that lead to repeat work is what gets you a career.

You’ve heard the old adage: In Hollywood, it’s all about who you know. True, in a lot of cases. What’s also true is that when you get there, you have to prove yourself, do good work, and earn your stripes so that you get the call again and again.

When you do, like teamlancing, the probabilities that you will work with any of the people on your team again multiply ten-fold.

In fact, to further illustrate how Hollywood’s model of teams travel together to collaborate on other projects, I’ll look no further than a film I was a set production assistant on in 1996 called ‘U-Turn,’ directed by Oliver Stone (who, in full disclosure, is a distant cousin of mine).

Stone’s reputation for working with Hollywood talent that successfully teamlanced together on previous films is a well-documented thing, and a great testament to how teams can achieve success together again and again. On the film, I got to see these pods of consistent collaborators (producers, editors, casting directors, etc.) working together firsthand.

Take Robert Richardson for example. Hollywood outsiders may not know him by name, but he’s one of Hollywood’s top cinematographers and directors of photography (DP), who has worked with notable Hollywood filmmakers:

Taking the collaborative connection points even further, Richardson has worked with Leonardo DiCaprio in four films (including ‘The Wolf of Wall Street’ and ‘Django Unchained’) and Brad Pitt in three (including ‘Inglorious Basterds’ and his Oscar-winning performance in Tarantino’s ‘Once Upon a Time… in Hollywood’). Is all this Hollywood cross-over just a coincidence? Nope.

These repeat performances are happening because talented people who teamed up once successfully decided to work together yet again. This could be the future of marketing. Flexible groups that have worked together successfully opting to keep the band together so to speak, but alternating certain pieces out that could be more nimble or specialized on a particular project.

What the future holds for the workforce and teamlancing…

Before March 2020, when quarantine became part of our everyday lexicon, there was already a sizable uptick in remote workforce collaboration, where freelancers would essentially work together despite rarely ever meeting in person.

Given the existence of COVID-19 (which has become more of a main attraction than a brief cameo), executives, mid-level marketing types and especially Hollywood producers have been forced to rethink how to bring content to the world.

The lessons learned from this experiment have been telling for companies, both midsize and large. One of the biggest lessons to emerge since COVID arrived? The need to not have to physically “show up” to work to get things done effectively.

“Many things can get done remotely. We can all be nimble and you don’t have to go to a destination every single day,” says Brenner, who admits to being “incredibly productive” during this period.

“We’ve put together so many movies [during COVID] and I think people are so much more respectful of other people’s time. You’re not driving all over the place. People are more relaxed because they can throw their clothes on and have a call five minutes later… it all causes a non-stressful environment.”

Brenner’s experience as a producer would seem to support flexible workforce models that focus on substance over style. A benefit not just for the employer (in terms of fewer costs associated with real estate, office space, etc.), but for employees who win back quality of life. As it turns out, the time we’re living in might not be a Hollywood ending after all… but a new beginning.

Over the past two decades, Gregg Rosenzweig has spent his career writing, producing and publishing engaging content for American mass consumption in the digital, TV and branded content spaces. From serving as a Creative Director on commercial spots to pitching/winning/executing branded content campaigns for Fortune 100 companies, Gregg's been fortunate to work for (and with) top advertising and digital media agencies... as well as some of the most highly respected publishers across the media landscape.